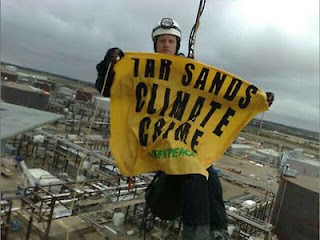 A few weeks ago, an international group of Greenpeace protesters blocked several of the conveyor belts at the Tar Sands. Thanks to social media and the internet, they were able to broadcast their protest as it was happening.

Like any good protest, there were two kinds of public reactions.

Some people were upset that protesters were disrupting the Tar Sands workers, preventing them from earning their money. Get the protesters out of the way.

Others thought environmentalists need to ramp up their activity to communicate with a provincial Government that won't listen to them. Nobody should be doing this work.

Both reactions are reasonable, and depend on the perspective of the person making the observation. 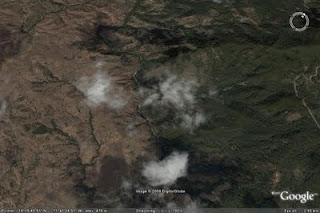 In order to keep their trees from being illegally cut they transferred control of protecting the trees from the ministry of agriculture, who couldn't protect the trees, to the military, who did. They had to be that serious about protecting their natural capital and its ecosystem services, but it paid off for their economy.

Environmental impacts aside, the tar sands promise a continued supply of fossil energy, but it distracts us from the real work of getting on with building a sustainable economy. One that has a chance to last.

The tar-sands won't be stopped by protestors, but by economic and environmental reasoning once we realize that we're actually better off without them.