Don't give away the ending.

If you've ever re-watched a movie like "The Sixth Sense" or "Fight Club", you already know the major plot twist. Knowing changes everything. You can't go back and see it the way you saw it before. 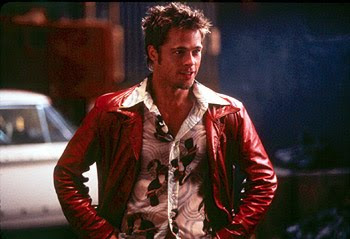 The movie we're living has been good so far. It had a really long boring prologue, but in the last seven or so generations things have really picked up. The cheap energy and explosive food production really moved our story along.

The latest twist in this multigenerational epic is a relatively quiet combination of peak-everything and catastrophic climate change.

Some people figure it out early, others will wait until close to the end. The realization point is different for everybody.

The clue that lets you figure it out might come in the form of a movie, a talk, a child, or any combination of hundreds of little factoids that seep into your consciousness. But once you develop an understanding of the depth of the problems we face it changes the way you see the world.

You can't turn it off either. You may resent, pity, even envy the oblivious masses, but you won't be able to see the world the old way anymore. You know too much.

One clever dodge is not to watch the movie at all. Take the blue pill, and believe whatever you want to believe. Bury your head far enough in the sand so that you avoid having to act.

Revelling in obliviousness, however, isn't a good long term strategy. Like rubbing your eyes, it sure feels good in the moment though.

The other, healthier option is to face up to reality, because reality doesn't negotiate. Take the red pill and put on your helmet. Buckle up. It's going to get ugly, but it's better to be ready. If you can take action now to soften the crash it will go better for everyone.

Once you know, you can clearly see the disaster coming at the end of this movie, but you hope it'll be different. Maybe our heroes will get out of it this time. You know you're pulling for them. Maybe the next generation will stick around for a sequel.

Build Mine To Last

The gap between knowing and doing