How to fix Alberta Politics 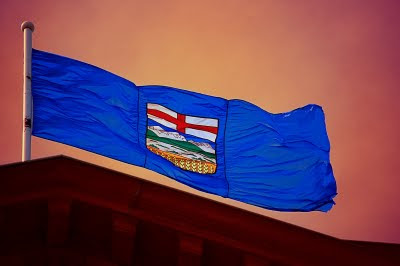 The international goodwill Canada earned in places like Vimy Ridge is evaporating. Canadian heel-dragging on climate is being compared to Japan on whaling; not a favourable comparison.

As we've seen with the passing of Bill 50, the current Alberta Government will remove regulatory oversight and mortgage your future if it suits them, despite strong opposition. Rather than representative democracy we are treading perilously close to petro-dictatorship.

In the next Alberta election, we will have a choice about what to do with our government. Dragging the political spectrum even more to the right is not a recipe for the change we need, but dragging it left won't work either.

The system needs a reboot.

It's time for a return to what's important: Genuine civic engagement is essential to a thriving democracy. A change to our voting structure is important because all Albertans deserve a voice at the table.

To make progress, we need progressive systems both inside and outside of the traditional power structures.

First, inside the system, we must bring election results in line with voting. The current 'first past the post' system breeds voter apathy. If you think your riding is decided even before you vote there's little practical advantage to bother. You've already won or lost.

People don't vote because their vote doesn't matter. Changing the system would make their vote mean something, even if they're in a riding that's already decided. Build an Alberta solution based on voting systems like Single Transferable Vote and Proportional Representation.

Changing the system is tough because the existing system benefits those already in power. As citizens we need to demand electoral reform so that we will be more accurately represented in the halls of power.

Outside the system, an engaged public is essential to making democracy work properly. It's too easy to be a free-rider, hoping someone else will make good decisions for you, and saving you the trouble. But comprehensive solutions only come out when enough people are engaged in the process. As Bill 50 has shown, being a free-rider puts government policy firmly in the hands of large corporations who know how to work the system for their own ends. Not yours.

Use electricity? Bill 50 robs you blind