How Mozzarella can start a movement 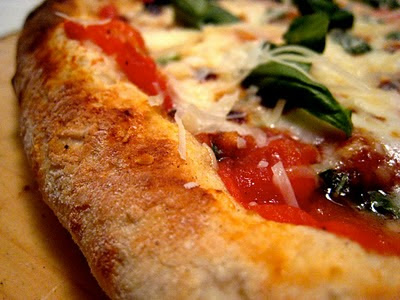 What can this Italian cheese teach us about making a difference? It involves another double 'Z' word: pizza.

Getting people together so they can talk to each other, face to face is a great way to build relationships between people. That relationship building is enhanced by eating together.

They may come for the food, they'll stay to hear what you have to say. Even better, they may start talking about it among themselves. It's best if you don't control it. Set the theme and back off. They may have ideas that complement yours, and the idea could snowball.

This won't work as well if you feel like you need to be in charge or already have an outcome in mind. Genuine engagement works best when it's non-hierarchical.

In the same way that kids on a playground will come up with their own games, they will defer to authority when an adult shows up.

Let the kids explore your theme. Don't be the authority figure. Trust the people you're inviting. If they feel like something is already decided it will shut down the creativity and limit the buy-in that you were hoping to get by buying them pizza in the first place.

Let the conversations go on as long as they have to. That goes both ways, if they resolve their issue in five minutes, encourage them to move on to other facets, but if the conversation isn't over, try not to steal that momentum.

The conversations will most likely break into small groups. Arrange for somebody in each group to be responsible to capture what's being talked about. Get them to share their notes with the group.

Social media tools and email broadcasts are good for keeping the momentum, but talking face to face is a far more compelling way to build the bonds of trust between people who may not otherwise know each other.

Pizza is easy, friendly, and can bring together the critical mass of engaged people to create a movement.

If you prefer another cheese or method for inspiring civic engagement, please speak up in the comments.