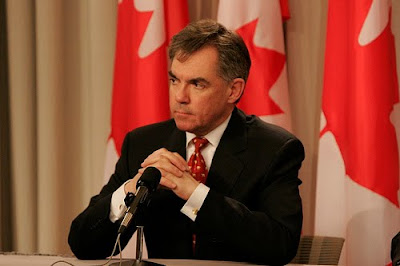 They have also indicated that they're not jumping on the Cap & Trade or regulation until our Uncle Sam to the South does.

Disappointment at the weak target aside, deciding against Cap & Trade methodology is good in a way, because it means we can implement a much better system: Fee and Dividend.

The difference is simple but powerful. Under Cap & Trade, corporations that reduce their emissions below the cap make money by selling those emissions credits to other Corporations. This makes extra emission reductions impossible, because those credits will get sold and used. It's the corporations that benefit. The people don't.

Fee & Dividend is much more effective, and puts the power in the hands of individual citizens to make a difference. Here's how. The major sources of greenhouse gas emissions come with a fee attached, in proportion to how bad it is for the climate. That's all collected and every penny collected is redistributed evenly to people who live here.

If you're an average energy user, you're no worse off than you were before. It costs a little extra, but you get that back as a dividend. If you spend less on the things that pollute, you will still receive the same dividend cheque as everyone else, giving you a nice return on your investment.

Fee & Dividend also has the potential to stimulate clean energy businesses as people try to find less expensive alternatives to the carbon intensive fuels we are shifting away from.

This is the kind of policy that will enrich the citizens, instead of the polluters (who would be gifted the valuable emissions credits under a Cap & Trade model).

Fee & Dividend will also create continuous downward pressure on emissions, as it becomes in everyone's interest to spend less on things that now cost more.

Depending on how hard the government wants to push, it's easy to raise or lower the fees (and corresponding dividends) to achieve the desired result. You can also start small, to get people used to how it works.

It is a robust, nimble market driven way to attack Climate Change, and it could make you money. Ask Environment Minister Jim Prentice to implement a Fee & Dividend system to fight climate change.