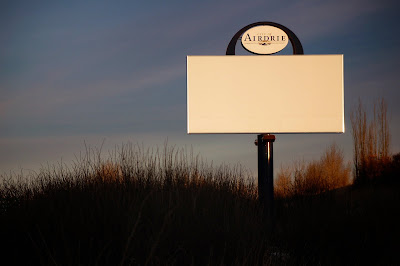 Make your mark on your city. It's waiting for you.

Provincial, federal, and international politics is difficult for the average person to influence, but politics at a city scale is accessible to everybody.

Municipal politics attracts citizens who are passionate about their community. Whether you agree with them or not, they're putting themselves out there to do their best for the community. The job involves lots of late nights and it's fair share of criticism.

They can't do it alone. The administrative staff is a huge part of what makes any city successful, and they don't often get the credit they deserve.

The volunteers that help out on council's advisory boards help out too. They give up their time for free in order to make their city better.

But a city takes more than that. There's the active and engaged citizens. They are the business people, the local clubs, the church groups, the unions, the emergency responders, and all the other citizens who take action to make their city better.

We're all in this together. The better we work together, the better a city we will spend our lives in.

You've got a choice.

You can be a free rider, opting out of the life of the city. Allowing other people to make the decisions that determine your city's future. It's easy to do. It's also an abdication of responsibility.

If everybody takes the easy way out the city will find itself run into the ground through neglect and apathy. The vibrant public discourse you get when people care about the future of the place they call home is what breathes life into the city.

Instead, participate in the public discussions. Engage with your neighbours and with your leaders about issues that matter to you. Listen to viewpoints that aren't your own. Bring out the best in others by bringing out your best.

We would do well to recognize and appreciate the diverse and generous people who make this city the best it can be. We would do better to join them in their quest.