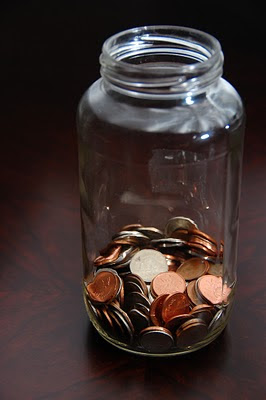 Are we blowing our ecological lottery winnings?

Exuberance (noun): filled with or characterized by a lively energy and excitement.

We were born as human beings, the alpha species on the planet. We don't really need to fight for our survival in the sense that we're not likely to be killed by tigers or starve to death anytime soon.

We live in Canada, one of the world's most prosperous countries, while most of the world lives in poverty.

We live in an age when energy is cheap and technology is plentiful.

All this has been present for long enough that we take it for granted. This is a mistake. We are extremely blessed.

Most million dollar lottery winners don't do so well with the money. It came to them by chance, they haven't had the experience and developed the money management skills to use it responsibly and it vanishes.

We're in the same boat as the lottery winner who's frittering his capital away. Our capital is natural, and we're enjoying the temporary exuberance that come with being a big spender.

Being the big spender can't last forever. It can't last very long at all. We're blowing through that stored solar income (hydrocarbons) as fast as we can possibly dig, pump, pipe, or boil them out of the ground. Irrational? Who cares. It sure is fun and besides, we've built the whole system around it.

Our ecological bender might last long enough for us, but the generation who most needs an environmental revolution is the one that's not old enough to vote. They can't control their destiny.

All they can do is hope their parents and grandparents make the hard choices necessary to make sure they have the same chances their parents did.

The environment was well balanced, and the more we do this, the weaker it gets, and that will come back to haunt those future citizens who will get stuck with the bill for this imminent ecological disaster. And today, when it matters, they can't even vote.

Whether we're greedy or stupid is anyone's guess, but if we waste our ecological lottery winnings, we certainly won't end up with a nickname like 'the greatest generation'. More likely the opposite.