Your vote doesn't matter, but it could. 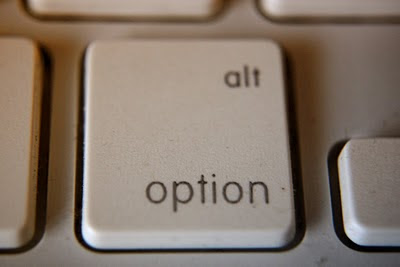 There's been a lot of ink spilled about how to engage voters in Alberta. The 2008 election had the second lowest voter turnout in Alberta history with about six out of ten eligible voters not bothering to show up.

Australia solved the problem by fining people who don't vote. The Alberta Liberals recently proposed a $50 tax credit for people who vote. Neither of these really solve the fundamental problem here.

The problem is that your vote doesn't matter. In the first past the post system, the chance that your vote will decide even one seat in the election is vanishingly small.

It's the voter's dilemma. If you like the majority party, you already know you're going to win, so there's no reason to go vote. If you back an underdog, there's no way to win, which makes your vote a protest vote, but unlikely to actually change the outcome.

Moreover, if the winning party can win 87% of the seats on 53% of the popular vote (or about 21% of eligible voters), that leaves fully a third of the population underrepresented. This leads to a Legislature that doesn't reflect the broader will of the people.

You can blame people for not voting, most people do, but that's shortsighted. From an economic perspective voting is a waste of time in this system, because as we've noticed, individual votes don't actually matter.

Want to fix it? Make the votes matter.

The solutions are more complicated, but some flavour of proportional representation, single transferrable vote, or a hybrid system would bring the provincial numbers in line with the popular vote.

When the votes matter, people will return to the polls. Not before.

Electoral reform is tough here because no matter who the party in power is, they got there thanks to the first past the post system, which skews things towards the winner. The party in power would inevitably lose seats with this sort of change, which makes it a political non-starter.

It's unfortunate but politics often gets in the way of good government. They should really go together.

Let's Just Trick the Kids: A lesson in thinking for yourself.

How to fix Alberta Politics: It needs a reboot.

Actions speak louder than votes: Get involved. It matters.

This movie, Why Copyright is available under a Creative Commons license that permits non-commercial re-use.

Despite months of consultation with Canadians, the federal government is expected to come out with a US-style copyright act in about three weeks.

Who benefits? Follow the money. The RIAA and MPAA and their Canadian equivalents are lobbying hard for draconian controls. As middlemen between the artists and the fans, they want to control the information so that they can stay on the gravy train.

The middlemen want their outdated business model preserved. They don't want to change, even though they are being outpaced by technology.

The Canadian Music Creators Coalition wrote a letter asking that policy be guided by three principles: That suing music fans is destructive and hypocritical, that digital locks are risky and counterproductive, and that cultural policy should support actual Canadian artists.

Unfair laws won't curb infringement either. Only fair copyright law can balance the rights of users and creators.

Industry needs to update it's business model, rather than stagnating in the present. Remember, they fought against VCRs too, then discovered that selling videos to people could be lucrative. Business models have to change with the technology.

Copyright law is about protecting the artists and the public. It should not be up to government to enshrine particular business models, especially in an age where technology can change so quickly.

Digital Rights Management (DRM) can also censor our cultural history. With anti-circumvention provisions present in US legislation, once rights managed media could easily be lost to history.

Canadian Heritage Minister James Moore has indicated that he would rather we waited until we see the completed bill before voicing our opinions. That amounts to a politician saying 'please butt out, I don't want your input' on a very important issue. Once the legislation is written it's much less flexible. The time to let the federal ministers know how you feel about fair copyright is now.

We can't trust our history, our information or our public discourse to the whimsy of private corporations. Visit the Canadian Coalition for Electronic Rights at ccer.ca to send letters to your federal representatives. It will take about two minutes, and you can edit and personalize your letter completely. This issue is only going to become more important as the era of digital media is on the rise. Send your letters today.

Learn more about the issue:http://www.michaelgeist.ca/content/view/5008/125/

Your city needs you

Does your stuff own you? Declutter

Posted by Unknown at 6:52 AM No comments: 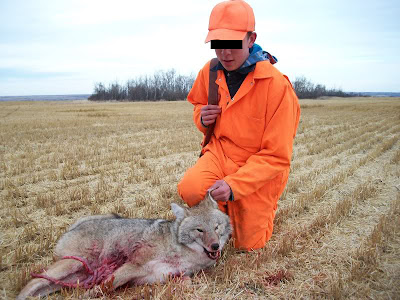 You might think of the land as your land, but it's still part of the natural cycle. Harnessing the benefits of the natural order of things will help solve an entire range of problems.

Saskatchewan's approach to appeasing cranky farmers is simplistic and fundamentally flawed. Putting a bounty on coyotes, declaring gophers as pests and financially supporting their extermination betrays their misunderstanding of the systems at work.

Gophers eat your crops? Maybe clearing all the land for crops isn't the best way to make the most food or the most money.

Natural methods are more subtle and more effective. They're also much harder to explain to people and governments who would much rather shoot, poison or explode whatever pest is irritating them at the moment.

Leave some habitat for the animals like the owls, falcons and coyotes that eat the gophers. Use them. Let them do your pest control for you. They'll work for free.

Produce less food. Accept limited crop and livestock losses as part of the cost of doing business in a world that isn't just about us. The world is good to you. Return the favour. Reducing the food supply will reduce obesity related diseases and level out human overpopulation and help our civilization continue to exist here.

Charge more for it. You're in business for the money anyway. We paid 14% of our disposable income for food back in 1970. Now we're down to about 10%. We'll pay more again, and the reduced food supply will help raise the prices.

Sell the food locally and directly. Selling food to people you know has a social benefit and increases local resilience, in addition to the economic and environmental benefit of not having to transport the food long distances.

The biodiversity that exists in nature needs to be maintained in order to preserve the resiliency of the ecosystem. If we wipe out the web of ecological systems in favour of large monocrop plantations, we put ourselves at the same kind of risk that caused the Irish potato famine.

Embrace the gophers and the coyotes. Go watch The Lion King

again. Understand the circle of life and your place in it. Take a step back from the myopic world of agribusiness, get rid of the farm subsidies and charge what you're worth.

You won't earn the money and the respect you deserve until your customers pay you what you're worth. They need to eat. They'll pay it, but they need you to take care of the ecology that provides the food in the first place.

Unintended Consequences of a Bounty 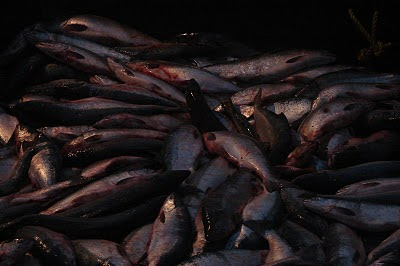 http://www.flickr.com/photos/echoforsberg/ / CC BY 2.0
Salmon, caught with a drift net in Naknek Alaska.

This is part five of a five part series on HIPPO, the major ecological impacts on species. Habitat Destruction, Invasive Species, Pollution, (Over)population, and this article: Overharvesting.

We are an industrious primate and we can catch them all if we want to. Too bad this isn't Pokémon. A quick look at the consequences should bring us back to reality.

Overharvesting, impacts many species across the face of the world today. The plants and animals cannot handle the pressure of a singleminded human harvest.

We're not just talking about Elephant and Rhinoceros poaching either. The rapid decline of the Atlantic Cod and Pacific Salmon fisheries are prime examples of overharvesting. We took too many fish, now we have to leave them alone for a while or those fish will never recover.

When settlers arrived in North America, the Cod and Salmon were so plentiful that it was impossible to imagine life without them.

Commercial fishing took advantage of this concentrated resource, and now extreme restraint is necessary in order to allow the fish stocks to rebuild. Fishermen, of course, are upset that their industry is being regulated. Without the regulations somebody would go catch what's left of the fish and destroy the industry permanently. That's not good for business. This way it has a chance to recover.

Overharvesting is a tragedy of the commons situation, where everybody does better the more they take, but if too much gets taken, everyone loses out. Decimating the fish or the trees may be lucrative in the short run but in the long run everyone loses.

The bison was an icon of the great plains. Natives lived in harmony with the bison, using every bit of the animals they harvested, but never diminishing their numbers to the point where they were threatened.

Along came Europeans with firearms, and the bison were destroyed and wasted. It took lots of self restraint to keep the bison from extinction. We can still raise them like cattle, but they no longer roam the plains and balance the ecosystem like they used to.

Overharvesting can damage the entire ecosystem, all the way back up to the people. Cutting down the giant palm trees led to the collapse of the Rapanui people on Easter Island and serves as a cautionary tale in Jared Diamond's book Collapse: How Societies Choose to Fail or Succeed.

Invasive species, in this case rats and sheep, may also have played a role.