Local Government? Why on earth would you want that job? 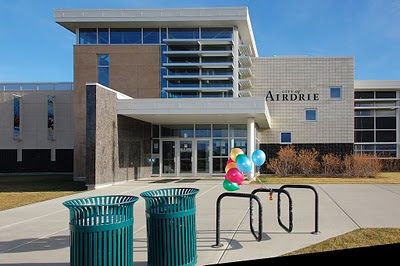 Running for local office is a huge undertaking and a big responsibility, but the people who run are pillars of our community, whether they win or not.

Governing takes up lots of time: getting ready for meetings, spending time at the meetings, attending events. Who has that kind of time?

You also make yourself available available as a public figure. That opens your life up to media scrutiny. Any decision you made is available to pulled out of the past and used to ridicule you in public. Who wants to be ridiculed like that?

If you do something well, it's likely to go unnoticed and unappreciated, but if something goes poorly they know exactly who to tar and feather. Why would anyone put themselves at that sort of risk?

In three years, if you want to keep your job, you'll have to plead for it again. Who wants that kind of job 'security'?

Candidates certainly aren't in it for the money. There are easier ways to make the amount of money that working in Municipal Government can bring you.

Normal people would avoid this sort of risk and scrutiny that comes with running for elected office.

What does that say about the people who put themselves out there?

They're either crazy for wanting to do this, or they're heroes for being generous enough to step up in spite of the time commitment and the public scrutiny.

Everyone you see running for office is worthy of your respect. Whether you like their platform or not, they have stepped up. They're trying to make their community a better place. They're offering us a choice. That's something we need to thank them for.

Pay attention to the issues. Vote for the candidates who you think would represent you the best. The system isn't perfect, but it's the one we have.

These people are courageous citizens, practically volunteering their time and expertise to make things better.

Candidates care deeply about the community they live in, and want to make a difference. They may care about it in very different ways than you do.

Whether you agree with the candidate knocking on your door or not, thank her for running. It's people like that, people who stand up for what they believe in who make our communities what they are.

They run because that's how they can make a difference.

Your vote doesn't matter, but it could.