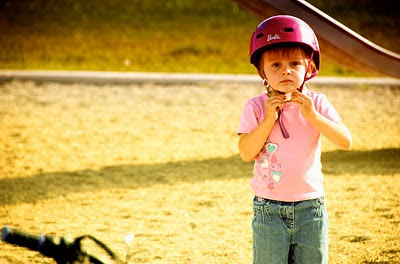 Spend your money. Don't spend hers.
This election, don't be dazzled by tax cuts.

Tax cuts are cheap publicity, easy to explain to voters and completely short sighted. What you should look for instead is sound fiscal management. That might even include tax cuts, but let's look at the big picture.

Municipal deficits are worse than low taxes. Deficits become debt. Interest on debt compromises the future by eating away at future tax revenues until you pay back all the money. The interest payments eventually become a large part of where tax money goes, and cripple options for the future.

Running deficits kicks the problem down the road, saddling the adults of tomorrow with debt because we couldn't make the hard choices to live within our means. Won't somebody think of the children? The kids will have enough problems of their own. They don't deserve ours too.

Sound fiscal management, on the other hand, would bring in enough money to cover the cost of services and administration, put a little away for emergencies, and pay off any debt.

Getting clear of debt eliminates the interest charges that would otherwise be a drag on the municipality, and lets the taxes cover the municipal expenses, like they should.

For example, if your municipality owes $1000/person in debt at 6.6% interest, that's an extra $66 per person that they need to raise through taxes each year, just to cover the interest on the debt. Having that debt paid off would mean a $66/year tax cut for everybody, all else remaining equal.

But that means making hard decisions because we can't live beyond our means. Making those tough calls is better than having austerity measures imposed on you. In Spain, Belgium, Italy and Greece, their austerity measures are drawing huge protests from societies that became accustomed to living beyond their means. Let's not let it get that far.

Municipalities need to get clear of debt and stay that way. It's easy to spend more than you have. That doesn't make it responsible.

Elect responsible leaders. Vote this election, either in advance or on election day, and beware candidates promising tax cuts.

A better way to elect a mayor