What do we care about? 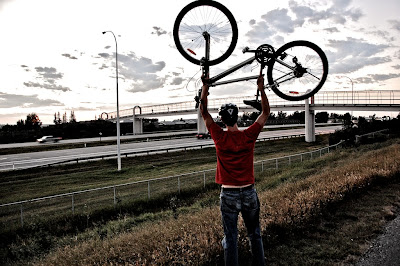 Calculus alert: Where else but an election can you take the integral of what you care about over the entire population?

Elections can throw into sharp relief what we care about, both individually and in community.

Individually, either you've paid attention to the issues and marked your boxes thoughtfully, or you've ticked off boxes at random, or you didn't bother to show up to vote.

Your awareness of the issues is higher than usual as you've balanced the pros and cons of various people and positions to decide what matters to you most.

Everyone else has had to pick too. There are winners and losers. You've had a chance to look at the aggregation of what other people care about.

Some issues are likely to come to the fore. Everybody's wondering what's in it for them. Snow removal, roads, infrastructure, economic development, economic attraction are all popular subjects around election time. Hey, here's some free candy. Vote for me okay?

On the flip side of those issues is the issue of taxes, how those government services we demand get paid for. We want it both ways: Great services and low taxes. As individual communities, the election shows us how we make that tradeoff.

In any case, the elected officials need to work in the long term best interests of their constituents. The short term interest doesn't cut it. Taxes would be slashed, maintenance deferred, and over time everything would fall into disrepair.

Working in the community's long-term best interest is more difficult, but it's ultimately more rewarding. Not only do you keep the infrastructure from falling apart, but you build common amenities that no individual could build alone, the public spaces and transportation networks that no individual would build or maintain alone, but that serve us all well.

Take a close look at the election results once they come out. That's what your community cares about.

Once they're elected though, they represent you whether you voted for them or not. Make sure to let them know how you feel on the issues you care about. Then let them use their best judgement to work in the community's long term best interest. They may disagree with you, but at least they'll know where you're coming from.

Whatever side they're on, do what you can to steer them away from the dangerous allure of short term thinking.

A better way to elect a mayor

Local Government? Why on earth would you want that job?