Can you afford the gift? When free costs too much.

Sometimes, getting something for free is too expensive because of other costs that go along with it.
Imagine you've just won a $5 Million* private jet. It's yours, complete with a crew that will take you wherever you want to go on a moment's notice. Pretty sweet deal.
And by the way, it costs $1800/hour* to fly it, plus a bunch more in maintenance and storage fees whether you use it or not.
Free jet or not, you're not going to get much use out of it without a plan to pay for it. Because operating the Jet like we operate our cars is far beyond what most people can afford.
Let's try something a little closer to home. How about a free cellphone? Ah, now your defences are up. You already know that 'free cellphone' means a moderately extortive three year service contract with a phone that's going to be out of date in a year.
What we're dealing with here is the fundamental difference between capital budgets and operations & maintenance.
Every school built has a certain capital cost. You pay that once, and then you have to pay to operate it more or less in perpetuity, at least until you close the school. That means staff, heat, utilities, and maintenance. All non-free.
Same with infrastructure improvements, or free pets for that matter; even if someone else pays for them, you're stuck with maintaining the road or feeding the cat.
For any purchase you're considering, consider the money, the time, and the opportunity cost to operate and maintain it. If you can't afford that, then even if it's free you can't afford it.
If you expand this to civic infrastructure, minimizing the amount of capital (like roads, buildings and machinery) that needs to be operated and maintained makes good financial sense.
Maybe that sprawling development isn't the highest and best use of that parcel of land. Add some layers of usage and get more use out of that infrastructure. There's your tax cut. More people using the same stuff divides the o&m cost between more people, which for all intents makes it cheaper for everyone concerned.
Just because it's free doesn't necessarily make it a good idea.
*Costs not necessarily indicative of the jet in the picture. (I don't think it's actually for sale yet.)
You might also like:
Building more roads makes traffic worse, not better
Quit Sprawling. Build a better city.
Conservation Marketing
Posted by Unknown at 6:00 AM No comments:

It's spring. Plant something outside. 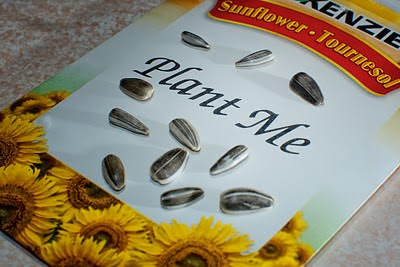 Wake up sleepy bear! Hibernation's over. As of 5:21 p.m. (MDT) on March 20th it's springtime. Spring is a time to plan, a time to plant, and a time for the planet.
The vernal (spring) equinox is an optimistic time of year. The weather is going to get much nicer outside any day now. Keep in mind though, that anyone who has been here for long will have stories about those epic spring snowstorms. You can't count on the weather, but you can count on the seasons.
A time to plan: This is the time to make your plans for the year. New year's always seemed arbitrary. Instead, think now about how you're going to get through next winter.
If you're wondering why that matters, then like most of us, you've become disconnected from the natural cycles of growth and decay that drive our ecosystem.
It's time to reconnect with those cycles. Spring is a time to plant. This column comes with homework. At some point in the next 13 weeks, plant something outside.
It could be anything: a tree or shrub, a plant in the garden, a flower. Planting something makes a powerful statement about caring for the future. This tree will grow tall and be here for future generations. This tomato plant will grow food for us to eat. This flower will make our world more beautiful.
Spring is also a time to reconnect with the planet. Earth Hour is coming up March 26th and there are plenty of ways to celebrate. At 8:30 p.m., turn off the lights and the TV for an hour. Maybe even cut the power to your house. Enjoy dinner by candlelight. Maybe dust off the acoustic instruments sitting in the basement.
Take advantage of the electronic quiet, so rare these days, to spend quality time with people you care about.
Think about your power usage. We take power for granted, and for the most part it's always there for us.
Participating in Earth Hour is a valuable emergency preparedness tool. There's nothing like cutting the power (when you can turn it back on again) to demonstrate how ready you are to deal with an actual power outage. How else will you know whether your furnace and your emergency lights still work.
When the lights come back on, think about what else you could do for the planet. After all, it's the only planet with chocolate. (If you're not a chocolate fan, you can fill in your own blank.)
You might also like:
What Cuba can teach us about farming
Never mow again: Here's how.
Neighbourhood Plant Swap
Posted by Unknown at 6:00 AM 1 comment:

Find leaders who can see beyond election cycles 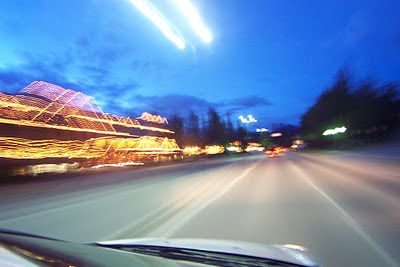 "Let's see if you bastards can do ninety." - Marty McFly, Back to the Future
If the economy's good your provincial representative probably gets reelected. With their job at stake every three or four years, there's a certain pressure to push a little harder on the accelerator, to give the economy a little extra boost.
This is a tremendous incentive for any party in power to act in election-driven cycles. We fall for it. If the only real question we ask our leaders is who can push harder on the gas pedal of the economy, the only answers we're going to get are from people pushing as hard as they can. Nobody can relax the pressure without risking the next election.
The trouble that Toyota had with some Priuses getting their accelerators stuck under the floor mats demonstrates that it's actually dangerous to pin the gas pedal to the metal. So too in governance. If everybody is trying to go faster it makes you wonder who's steering, who's reading the map, and (gasp..) who's responsible for the brakes.
With three of our provincial parties in search of new leaders, the question of steering becomes at least partly relevant. Any party is going to be able to keep the car on the road, at least in the short term.
The more interesting questions come at those interchanges where a little bit of steering can mean a big difference in ultimate destination. Which highway do you want to be on? At most intersections it's a good idea to slow down if you want to change direction or take the exit ramp. You won't make the turn if you're going full speed.
If you're only looking 1-3 years ahead, anything other than full speed ahead looks like a waste. If instead you look ahead 10-20 years you might notice the bridge is out ahead, and that we're about to miss the last exit.
It's time to pull the foot off the gas, reprogram the GPS and decide that we want a future that's not hamstrung by election cycles and short term thinking.
Much of that agenda will be set by the leaders of Alberta political parties who will be elected within the coming year. Anyone who can get elected will be able to keep the car on the road. The more important question asks where they are going. Where are they offering to lead us? Can they look beyond the election cycle to build a future that our grandchildren will be proud of?
Has anyone tried the brakes lately? Do they even work?


"I guess you guys aren't ready for that yet... But your kids are gonna love it."
-Marty McFly, Back to the Future.
Posted by Unknown at 6:00 AM No comments:

What revolutions could mean for you

For those of you reading the column title every week and waiting for a column on revolution, you're in luck.
Tunisia and Egypt have undergone popular revolts over the past few weeks. Lybia is undergoing one now.
It can happen. The people stood up and decided to take charge of their future. They did so at personal risk in the face of political systems they didn't support anymore.
This is how, in the face of a dictatorship, you get a government representative of the will of the people. The people rise up and take it. Despite some misguided attempts to impose democracy (which will remain nameless to avoid strikes from predator drones), it remains illogical no matter how much oil they have.
"You are free to do what you want. Now here's how you do it." Sorry, that's doing as you're told. If the point is to get away from dictatorships, carefully following instructions isn't likely to achieve the result you want. But that's enough about their revolutions.
What's not happening in your community? Do you want to start something? Go forth and start it.
Oh, are you still waiting for permission? Revolutions don't happen alone. If you aren't ready to spark something, find someone who's doing something that you support and join in. The sparks can't do it alone.
It's easy not to challenge the status quo, especially here where it's too comfortable to spark popular protests.
What could you improve if you tried? What if you got together with a loose network of friends and acquaintances with the goal of doing something - anything - to make your community better within two weeks.
What would you do? Who would you tell? Who would they tell? What other projects would that spark? What could you accomplish together?
You have so much more freedom than you can imagine. You can pick a role: spark, kindling, fire, or bystander, depending on when you join in. All the roles are important, so if you're not a spark or a kindling, don't let that deter you from helping out in the way that seems best to you. Revolutions take all types, and you determine your own level of involvement.
You can do more than you think you can. It's just a matter of starting. If the Lybians can do it in the face of such determined opposition, imagine what you can pull off. Then go spark it.
You might also like:
Failure had better be an option
Open Data: Smarter solutions for better cities
18? Step into your power
Posted by Unknown at 6:00 AM No comments: