Enlightened selfishness: in it for ourselves, whatever that means 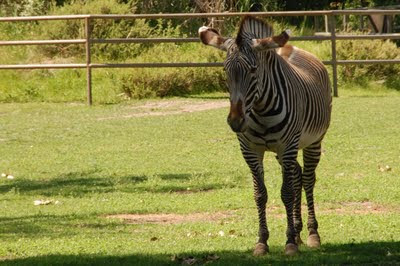 Self portrait, in a way.
We're in it for ourselves. This state of being in it for ourselves gets fuzzy when we try to nail down just who "ourselves" is. (Spoiler alert: the system is interconnected, everything is us, take care of it.)
Would you screw over your family for personal gain? Of course not. Taking care of family is as automatic as taking care of ourselves.
Would you help out a friend in a jam? Maybe they need a ride, or help moving a big couch down a tiny flight of stairs. Of course you would. Even at the cost of some personal money or time. We watch out for our friends.
Would you help out a bunch of strangers in your province if their city burned down? Donations and outpourings of support for those displaced by the Slave Lake fire would suggest that "ourselves" includes a lot of people we don't even know. Total strangers can count on our support when they need it.
Being in it for ourselves extends to people in other countries. Haiti received lots of support after its devastating earthquake.
A sharper question in this province is whether Albertans should set aside their allegiances to the Oilers or the Flames and root for the Vancouver Canucks: a Canadian team, but a rival to the hometown face. Is our sense of ourselves tied to our local franchise or the national one with a shot at the cup?
When there's a pinch somewhere, we'll help out, even if it means cheering for someone else's hockey team. We're in it for ourselves, and pretty much anyone in temporary pain can get a hand up.
We're in it for ourselves in wanting things like clean air, clean water, and a reliable food supply. Selfish? Yeah, and that's ok. To get that, taking care of the plants, animals, ecosystems and atmosphere makes all sorts of self-interested sense.
Being in it for ourselves isn't that far from being in it for everything. Fixing our spaceship is good for everybody on it.
(Vancouver in six, as long as the funky bounces keep helping out in double overtime.)
Posted by Unknown at 6:00 AM No comments:

The unprecedented flooding of the Assiniboine River in Manitoba is certainly making life difficult for the people who live there.
The decision to intentionally spring a leak in a dike in order to save other houses is a tough call, but you make the best decision you can with the information you have.
People on the scene seemed confident that the plan will work great as long as nothing unforeseen happens.
It's unpleasant, it's expensive, and it's an example of consequences of climate change.
The cycle we're used to is that snow falls in the mountains, freezes into the snowpack, and melts slowly and steadily all spring and summer long. This gives our rivers a nice even water flow.
With climate change, the snow that falls in the mountains melts sooner, and comes down more as rain. It doesn't stay put, much more of it heads straight for the rivers.
This gives us the unpleasant situation where we get more water than we can handle right at the beginning of the season, and then diminished water as the season wears on, to the point where we don't have the water we have learned to count on in the late summer.
This is only one example. These unprecedented events are only going to get more and more likely in the future. Don't fool yourself into thinking there's an upside. It's all downhill. How far down? Depends. On us.
There are lots of advantages to transitioning to cleaner sources of energy. Clean air. Reduced pollution. Opportunities to develop a new industry. Opportunities for self reliance. Freedom from unpredictable fossil energy prices.
This flooding is actually pretty tame compared to other potential consequences. It's also more dramatic than the reduction in river flows we should expect later in the season. As time goes on, unprecedented events are becoming more and more likely, and not in a good way.
Mother nature is in charge. She's slow to anger, but we'd do better to stay on her good side. If we avoid the unprecedented disasters we won't know it, but continuing with the business as usual approach makes those expensive disasters much more likely. Ounces of prevention are cheaper and much more effective than pounds of cure.
You might also like:
Government sabotaging climate policy abroad
Conservation Marketing
How interest on debt threatens the environment
Posted by Unknown at 3:46 PM No comments:

Greenhouse gases like carbon dioxide are throwing the climate and therefore our easy planetary ride into jeopardy. The science on this is beyond contestation. You may have heard about it.
We would do well to address this sooner rather than later, as the costs of prevention are far below the costs of trying to fix it later.
The culprit? Fossil fuels: Coal, Oil, Natural Gas. Despite the work that they are doing to mitigate their environmental impacts, the product is the problem.
Fossil fuels are energy dense and easy to work with, and they come with a contribution to climate change. You do not want the climate change.
Anything that we haul out from the earth's crust, burn, and pump into the sky contributes to the problem.
It's clear that a shift to renewable sources of energy will help keep greenhouse gases out of the atmosphere. The easiest way to get excess carbon dioxide out of the atmosphere is not to put it there in the first place.
Lots of what we do uses energy. Could we accomplish our goals in other ways? Could we arrange our world so we don't need to use the energy to achieve our objectives at all? This is subtle, but it's about doing what we want, not about using energy to do it.
How can we use as little as possible? Energy efficiency is a good second question, and it's an easy thing to think about: for example a car that goes farther on a litre of gas, a refrigerator that uses electricity than your old one, or a house that doesn't leak heat in the winter.
Minimize your energy use, then think about where it comes from, and what side effects it contributes to.
This is planet earth. There are no exits. We're going to be here for a long time. Let's get comfortable with reducing our energy use, and let's get comfortable with renewables.
That's where the bridge to the future is going, at least the one that doesn't lead to disaster. Let's start now, because you do not want to try to fix this later.
You might also like:
Building more roads makes traffic worse, not better
What's mined is yours: protect your ecosystems
Career Opportunity: Spaceship Crew
Posted by Unknown at 6:00 AM No comments: 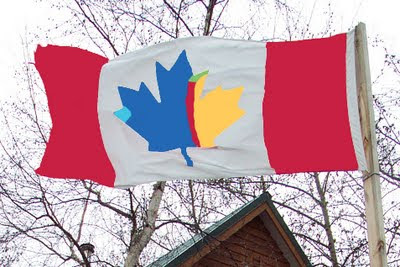 Any American ex-pats out there are going to feel right at home here in Canada over the next five years. We've been handed two big parties, one on the right, one on the left. Cue the useless bickering over policy and ideology.
As you know, the Conservative party has won a majority government, and the New Democrats have unseated the Liberals as the official opposition.
NDP has many more seats but strangely, less power. When they held the balance of power during the Conservative Minority they had to be listened to and respected. Now Harper can pass pretty much anything just like he wanted. Let's hope he's seen Spider-Man.
The political earthquakes of the last few elections have taken us from the centrist leadership of the Liberals under Jean Chretien to a polarized House of Commons with the Conservatives on the right and the New Democrats on the left.
This will be deeply familiar to the Americans who have been bouncing back and forth between the economic populism of the Democrats and pro-business Republicans since William McKinley's election in 1896.
The bickering in the U.S. can be extreme. Moderate voices don't get ratings. Hopefully in Canada we can rise above that and develop policies that will be better for all Canadians thanks to the input and perspective provided by both sides.
Rather than looking for opportunities to play politics and attack other parties, lets hope that we can put the divisiveness of the election behind us. Whether you were among the 40% of voters who voted for a Conservative candidate or not, your MP still represents you, and the Harper Government is still your government.
It may feel good to grumble about politics over coffee or in the newspapers, but to actually trying to change something, you'll have to do better than that. Use the system. Write letters to your representatives. Give them the information they need to do their job (representing you) most effectively.
Spider-Man, in the movie, was warned that with great power comes great responsibility. (Spinning webs any size and catching thieves just like flies might be part of Harper's tough-on-crime agenda, but that wasn't the point of the reference.)
The challenge for our elected representatives is to rise above partisan politics and figure out a responsible way to take Canada forward without hamstringing business, abandoning the helpless, or neglecting the environment.
This is a big challenge, and our representatives will need all the help they can get. Here's hoping they succeed.
You might also like:
Failure had better be an option.
What do we care about? (Originally written with municipal politics in mind, but connects with federal politics as well.)
Neighbourhood Plant Swap - It is spring after all...
Posted by Unknown at 3:25 PM No comments: