Civic Culture and the spirit of place: How to build worthy cities. 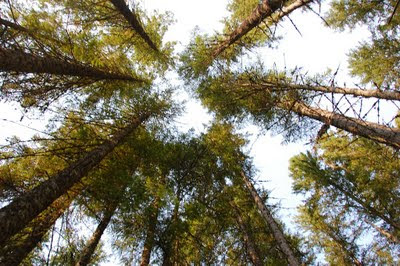 A healthy old tree demonstrates just what it is to be of a place. Its every twig perfectly tuned to its context, resources and constraints.

Our communities deserve that level of attention.

Making a city worth caring about is a worthy challenge that demands we fully develop the culture of the place where we live.

A lofty goal, to be sure, because it requires remembering how to listen to the quiet whispers of the place; a withered skill in the age of cheap energy and instant-on-distractions.

As a nation of immigrants, maybe we never really learned to listen to the quiet voices of this place. We brought a culture suited to where we were from rather than developing a culture that suits where we are.

The answers are in the land and the local community, foods, materials, skills that surround you. Focusing on the local resources will lead you to a land use, an architecture, and a community that reflects the spirit of the place.

The status quo is powerful, but you don't exactly hear of people making pilgrimages to Mississauga. Row after row of suburban houses doesn't make for the kind of community that is interested in itself, let alone the kind that would emerge as a beacon to others.

Athens. Rome. London. Kyoto. Venice. All places committed to being what they are as best they can. Being ancient helps. They've had time to figure it out, and that shouldn't stop us from striving to figure out what it means to be where we are.

By importing our culture we've taken shortcuts that kept our cities from developing into places where we can thrive. Like native plants, cultures thrive in harmony with the place where they emerged, and can become invasive when taken out of their proper context.

The choice is between the overconsumptive blandness that is the suburbs and the emergent harmony built from the stones, seeds, and souls that make a place alive.

When you boil it down, this is the civic analogue to 'be yourself'. Honour the place where you live. Everywhere else is taken. As your community develops, do what's right where you are. Listen to the quiet forces that surround you. Develop the culture that emerges from the place and you won't go too far wrong. What's built will belong.

Like growing a tree, it takes time and careful attention to bring this about, and slowly, deliberately, let's create places worth living in.

"It is for want of self-culture that the superstition of Travelling, whose idols are Italy, England, Egypt, retains its fascination for all educated Americans. They who made England, Italy, or Greece venerable in the imagination did so by sticking fast where they were, like an axis of the earth."

A future with a future.