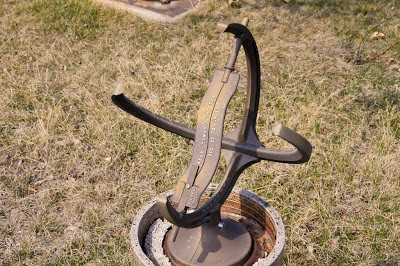 This is way bigger than New Year's. December 21, 2012 (also known as 13.0.0.0.0 in the Mayan system) marks the end of the Mayan Long Count Calendar, a 5125 year long cycle.
On the one hand, it's just numbers. So were Y2K and 12-12-12. On another, it's an opportunity for reflection on something much bigger than a measly new year.
What's this civilization for? What's humanity's role as the consciousness of the universe?
This cycle of the Long Count Mayan Calendar goes back five hundred years before the they started building pyramids in Egypt. This cycle started August 11, 3114 BC and covers recorded human history. Recorded as in ever since we figured out writing.
The cycle before that takes us back to when human civilization began. It took us that first cycle to get to writing.
The leap between oral and written records takes information from transitory as sound waves to permanent and written down. From something ephemeral and remembered to something concrete and enduring.
This is the cycle that took us from writing to the internet. The internet replaces some information, somewhere with all information, everywhere. From your cell phone, you can get to approximately all human knowledge. That changes what's possible in ways we can't really fathom.
We have seen the story of humanity's rise to planetary dominance. No contest there anymore. The world's stable climate took care of us.
The next 5125 years will be about what happens to that dominance in a world which is suffering under the hungry mouths of the 7 Billion.
We're now the global gardeners. How do we remake the cradle of civilization into our city, our starship, our greenhouse, and our playground, while leaving the ecosystem services that support us intact.
Is this the part where we take to the stars or fade away?
Starting December 21, by your action or inaction, you will help set the direction of our civilization for the next cycle of the calendar.
What do you want the next cycle to mean?

You might also like:
Feeding the 7 Billion.
Your time is limited, don't waste it.
Curiosity - Another kind of inspiration.
Posted by Unknown at 12:16 PM No comments: