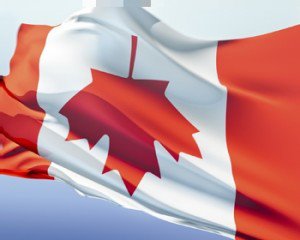 Who wants to be an international pariah? We do.
Canada's environment minister Peter Kent announced that Canada would not sign on to a second Kyoto commitment at the climate change talks in Durban, South Africa last week.
It's an honest position — we weren't going to do anything about climate change anyway, not with a Conservative majority. It's certainly not a position that's going to win us any friends in the international community.
Canada and Canadians used to have a tremendous reputation abroad. We were considered friendly, fair, generous, gracious people. Our international reputation was secure.
We continue to brag about our triumph and sacrifice at Vimy Ridge. We're proud of their commitment to duty and doing what's right in the face of considerable obstacles. Other countries revered us for this. The military continues to deserve our respect for the role it plays in defending our country.
We used to be a leader in human rights, environmental protection, and we led the charge in reducing land mines.
Resting on our laurels isn't doing us any good internationally. We certainly aren't interested in sacrifice for the greater good. All we've got going for us now is that we're not terrorists, and that makes our oil 'ethical'.
The Canadian flag on the backpack is not the badge of honour it used to be. Other countries are well aware of Canada's backwards stance on clean energy, and how we prioritize our local economy over the global environment.
Canada signed on to the first Kyoto agreement then failed utterly to meet our commitments. Even China is disappointed in our stance on Climate Change. Yes, be embarrassed.
We've lost the political will to do what's right in the face of adversity. We've become comfortable with our resource extracting economy and our international goodwill has evaporated: Our self interest has eclipsed our willingness to do the right thing in the eyes of the world.
It's not an overstatement that the future of humanity in the world is at stake. We rely absolutely on ecological services and a stable climate. No amount of economic activity can replace that, and we're announcing to the world that yes, we are that selfish.
Practically speaking though, if you're planning a trip abroad in the near future, you may not want to trumpet so loudly that you're Canadian. You may not get the special treatment you were expecting.
Originally published to correspond with The Conference of the Parties #17 in Durban, December 2011.
Posted by Unknown at 6:00 AM