Punishment or prevention - Which side are you on? 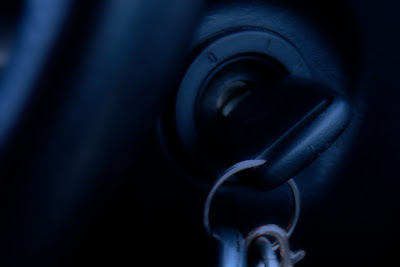 With the holiday season approaching, police in Calgary recently declared (2011) that they would rather people didn't share checkstop locations on Twitter. Obviously, they don't want the drunk drivers evading their checkstops.
Saskatoon police, however, were fine with that information being shared. They don't set up in one place for long, and they're happy that people know that police are keeping an eye out for them, which will encourage them not to drink and drive.
Whether you're in favour of checkstops or see them as an unwarranted erosion of your freedoms, the diverging attitudes involved come from a theory of punishment or prevention.
There's obviously a visceral desire to catch the bad guys. It's exciting. It's kids playing cops and robbers all over again. Law and order must prevail. And if they're not doing anything wrong, we'll pass an omnibus crime bill and then catch them for other stuff. Then we'll build lots of prisons and throw away the key. More prisons would surely stimulate the economy.
If you think this sounds like a Conservative strategy book, you might be right. Keeping you scared keeps them in power. Hint: Pick hope over fear.
When in comes down to it, we don't need more cops. We actually need fewer robbers. That's where prevention comes up big. If the people who find out about the checkstops end up not driving drunk, you don't get to catch them, but isn't that a win? You can't count the non-events. It's not flashy but it's a much better result.
Punishment doesn't undo a wrong. It can't bring back a victim or prevent a collision. If anything it's a way of protecting the community from people who might continue to endanger others. It doesn't forgive or forget. It doesn't make things right. Who really benefits from capital punishment?
In medicine, it's better to avoid injuries or diseases than to have doctors fix you all up.
Recycling's great, but it's better not to need that water bottle than it is to use it and then recycle it.
In the big picture, it would be far better to prevent catastrophic climate change than to punish the ecosystem with the delayed side-effects of our activities.
The straightforward method of dealing with crime is to wait for it to happen and then catch and punish the bad guys. If instead it can be prevented far in advance that's much better for everyone involved. No cops, no victims, no damage, but the absence of the event is hard to count, and doubly hard to use as a scare tactic to preserve the law and order status quo.
Sure, catch all the drunk/dangerous drivers you can, but it's better if there aren't any. Tweet the checkstops. Raise awareness and encourage good judgment. Responsible character and good decision making beats extra cops any day.
Originally published in print December 2011.
You might also like:
I only got nine presents.
Loving, Hopeful, and Optimistic
Think access, not ownership
Posted by Unknown at 2:24 PM

Email ThisBlogThis!Share to TwitterShare to FacebookShare to Pinterest
Labels: #results