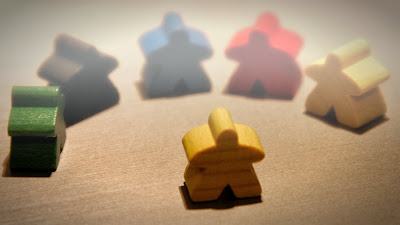 Do you have five close friends? If not, try to find them. They’re a great support network; the first line of defence against all sorts of social problems.
In order for a community to be socially sustainable, people need a place to live, protection from danger, and social contact. Fundamentally, social sustainability is about the support networks that allow people to thrive.
Take affordable housing for example: If you look at supply and demand, the only real way to bring down the cost of housing is to ramp up the supply.
Continued expansion at the edges is economically unhealthy for communities, as well as the people who have to live there. The maintenance costs on the infrastructure will never be recouped and the increased travel costs for the people who live there don’t go away.
Instead of sprawling, you can use this to your advantage in continuing to shape your city for the future. Include lots of high quality apartments close to your community center and major nodes within the city. The infrastructure is already there. The pedestrian density will help businesses in those areas, creating a great space for both business and impromptu community interaction and involvement.
That sort of impromptu connection with neighbours and friends is what makes the small town feel possible. Housing close to a vibrant urban core, will be attractive compared to a big house in the suburbs.
Social sustainability also means freedom from danger, which makes a clear case for police, fire, and ambulance. Services like the food bank, counselling services, and social services are also critical here. These help people in situations where the problems may be less acute, but can really benefit peoples’ lives when they need a hand.
But affordable apartments and avoiding disaster isn’t enough to build a community on. It helps to have something to shoot for. One of the reasons we come together in cities is to take advantage of the social interaction cities provide, both impromptu and intentional.
The closer people are together the easier that is, due to the friction of having to get around. It was easy for Kramer to drop in on Seinfeld because he lived across the hall. It’s much harder to drop in on someone who lives across town. The harder those connections are to make, the quicker they’ll fade.
Good communities also provide the opportunities for those intentional interactions that take place within organized groups, sporting clubs and events, and community festivals. The city doesn’t need to run them, but using the shape of the city to make them possible enhances the social sustainability of the communities.
Ultimately, the city should be designed in a way to facilitate friendships. Building big anonymous houses in far-flung subdivisions isn’t the way to do that.
Instead, what percentage of the population has five close friends? The support network that comes with 5 close friends can preemptively solve more problems than great social services can. Like most preemptive things, it’s hard to track. Think of the social services as a great backup plan, like a seatbelt. You’d rather not need it.


Cities aren’t about stuff, they’re about people, and people look back on their friendships, not their stuff. Design and manage the community so that everyone can have five close friends, and that will give you the socially sustainable community you're looking for.
Posted by Unknown at 2:31 PM