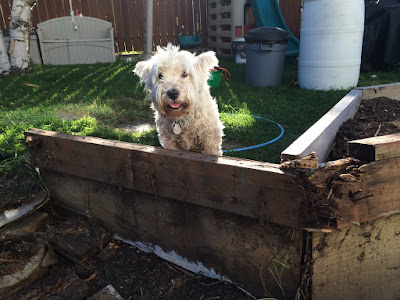 There's something freeing about knowing for sure that your vote won't make a difference. You can vote your conscience and ignore strategic voting.  (This only applies to 'done deal' ridings, where you know you can't matter.)
The Conservative candidate for Battle River—Crowfoot is showing on ThreeHundredEight.com as 100% likely to win the riding. Vote your conscience, you're off the hook.
So if your vote won't impact the outcome, what can you do?
Ali Kashani has found a way for Liberal and NDP supporters to cooperate in 16 specific ridings, tipping eight to the Liberals and eight to the NDP. Each of these ridings has a Conservative in front, a rival within striking distance, and a third party kingmaker who won't win, but could choose who does.
If you support Harper, encourage Liberal and NDP supporters to vote their conscience, split their vote and leave the election to the Conservatives.
If you'd rather not have another Harper government, encourage the Liberals and NDP to cooperate.
Vote Liberal in: Brampton Centre(ON), Northumberland—Peterborough South(ON), Vaughan–Woodbridge(ON) Saint John—Rothesay(NB), Aurora—Oak Ridges—Richmond Hill(ON), Bay of Quinte(ON), Haldimand—Norfolk(ON), King—Vaughan(ON).
Vote NDP in: Cariboo—Prince George(BC), Coquitlam—Port Coquitlam(BC), Edmonton Griesbach(AB), Regina—Qu'Appelle(SK), Jonquiere(QC), Essex(ON), Mission—Matsqui—Fraser Canyon(BC), North Okanagan—Shuswap(BC).


On election night, watch these swing ridings to see how things are going. No matter who wins, demand voter reform so that your vote will matter more next election, and help make strategic voting a thing of the past.
Originally published 2015-10-16.
Fairvote.ca is one option. There are lots of systems. They're almost all better than what we have now.
Posted by Unknown at 10:22 AM